Eurotix - The Best Of Times (EP and video)

Mine and Larry Forsberg's synthpop project Eurotix just released the new EP "The Best Of Times". The title track received the highest number of votes in a poll where our listeners got to choose the next single. The song means a lot to me since I wrote the lyrics myself and because the sound is inspired by my favourite genre: italo disco.

The EP includes a new radio edit of the title track and the bonus tracks "Face Down" – an homage to my favourite Kim Wilde track – and "You Won't See Me Dancing". Finally, we've included a Hi-NRG remix of the album track "Su-Su-Superman", inspired by the sound of iconic producer Bobby Orlando.

Check out the gay themed video down below. It was made using "The Sims 4". The EP is out now on iTunes, Spotify, Amazon UK and Amazon US.

"The Best Of Times" tracklist:

One year since Charlotta left us

I can't believe it's been a year and a day since my dear friend Charlotta Cederlöf passed away. I can't find the words to explain how much I miss her, she's on my mind every day. I recently found this postcard she sent me for Christmas back in 2013. It shows her own embroidery art of a character from "Game Of Thrones": 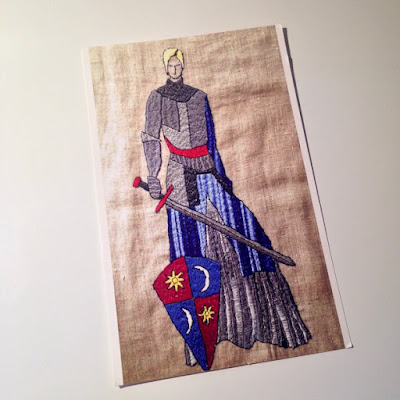 The Eurotix track "Let's Die Young" was a tribute to CC and the way she felt back in the eighties. Considering how she died, I can't listen to the song without tearing up: