Wow! The video for my single "Die From A Broken Heart" has reached ten thousand views on YouTube. This is amazing news. Big thanks to everyone who has watched and shared the video! Please keep speading the love!

The song is available for download on iTunes, Amazon and Spotify.

Video: Die From A Broken Heart

Here is the brand new video for my single "Die From A Broken Heart"! If you like it, please share it with your friends. I want to thank the director, my dear friend Johnny K. Wu, and his American film team. You guys rock!

There is a behind the scenes video, and a photo gallery from the video shoot, if you're interested. The song is available on iTunes, Amazon and Spotify.

I'm so excited! The "Die From A Broken Heart" video will premiere this Tuesday, around 2:00 am CET. Feel free to subscribe to my official YouTube channel to stay up to date. I can't wait to share it with you and I really hope you will love it as much as I do! 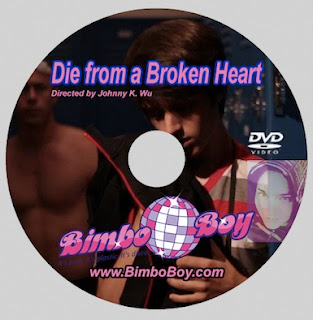 I listen to music all the time, mainly by using my iTunes library or my precious iPod. I do have a Spotify account but I rarely play music with it. I only use it to create and share playlists with my friends. I know I'm a geek, but I really love creating playlists!

Please, check out my Spotify profile and subscribe to my playlists to find out what kind of music I like. The playlists are updated frequently!

Email ThisBlogThis!Share to TwitterShare to FacebookShare to Pinterest
Labels diary

I recently had a discussion with a woman who said she doesn't approve of homosexuality because the Bible tells her it's a sin. In my opinion, no matter what religion you believe in, calling homosexuality a sin is totally unexceptable!

I asked her if she thinks that stoning people to death is right too, just because the Bible says so, but she ignored my question and went on about how bad homosexuality is.

I doubt that any modern Christian would say that stoning people to death is right, yet many of them CHOOSE to follow the Bible word for word when it comes to homosexuality. I find that hypocritical and very offensive.

Everyone is entitled to their own opinion, but I will never tolerate discriminating comments from anyone, no matter what their excuse is. I'm a believer myself and if there is a God, and he is good, he loves everyone, no matter who they fall in love with.

Being gay is not a choice, but being homophobic is. You don't have to understand everything you see and hear in this world, but at least you can respect that people are different from you. If we want the world to accept homosexuality it's important that we stand up to these narrow-minded people!

I would like to recommend the 2009 movie "Prayers For Bobby", starring Sigourney Weaver. It tells the true story of gay rights crusader Mary Griffith, whose teenage son committed suicide due to her religious intolerance. I wish this important film would be screened in schools and churches all over the world.

Remember, religion is never an excuse for being homophobic!